If you have more than scratched the surface of the internet, you’ve seen evidence of the passage of internet trolls. They lurk in online forums, chat rooms, and blog comment sections waiting to drop their bomb and move back into the shadows to watch the fun. 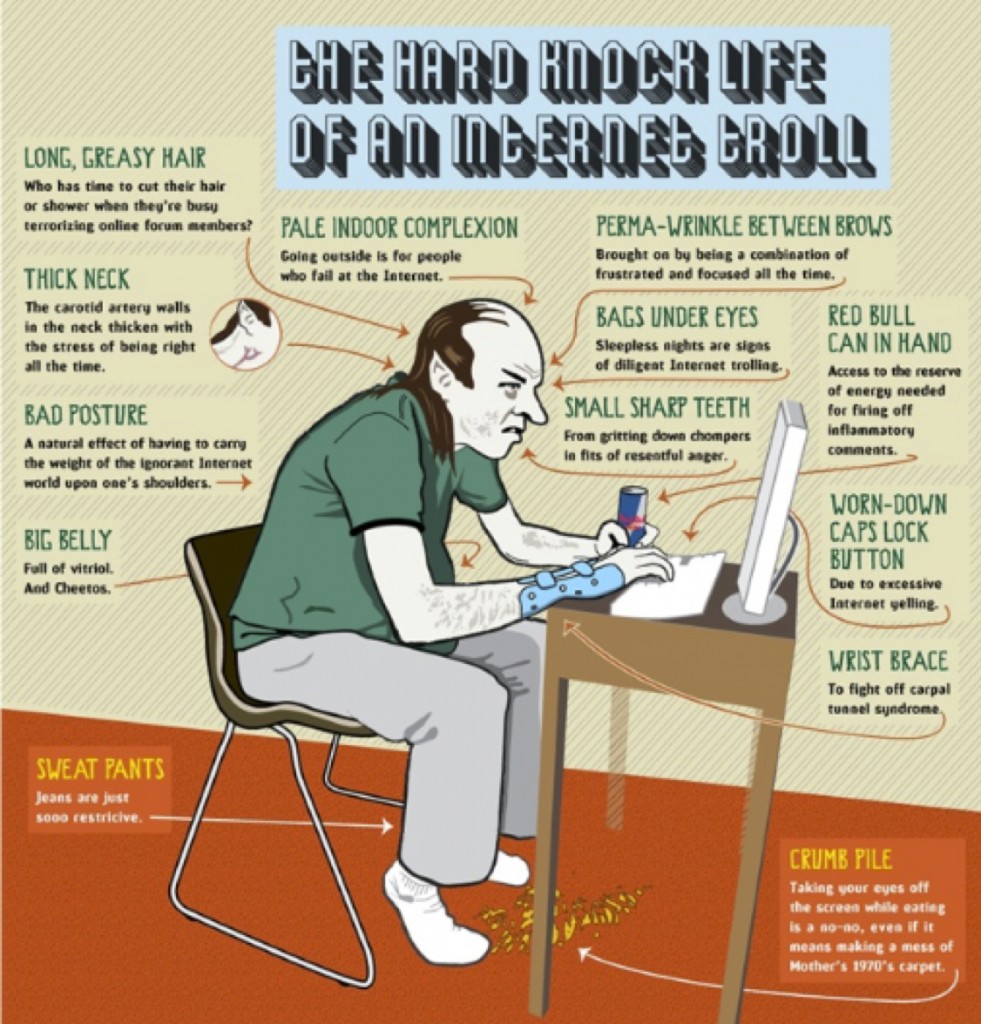 Wikipedia defines the internet troll as a person who sows discord on the internet by starting arguments or otherwise upsetting people by posting inflammatory, extraneous, or off topic messages. Their deliberate intent is to provoke readers into making an emotional response. Trolls love this sort of thing, it’s actually entertainment for them. Sadly most people don’t realize they are being manipulated, making it all the easier for the troll to get things started.

A Canadian study conducted by the University of Manitoba, the University of Winnipeg, and University of British Columbia researchers concluded online trolls were akin to “prototypical everyday sadists”, as reported by Doug Cross of CNN. Sadism is the tendency to take pleasure in other people’s pain or discomfort.

A troll’s efforts will be more successful depending on the maturity of the audience. Maturity does not necessarily equate to age when we consider it is adults who make Gerry Springer and his ilk successful. Your children may be the unwitting victims of the trolls if they frequent online community pages. They don’t have the emotional maturity to refrain from taking part in the online battles raging on their screens.

The best way to shut down a troll of course is not responding to their inane comments, but most people can not help themselves, they wade right in, with gusto. So, it begs the question, if these trolls are truly sadists, does that make the rest of us a little masochistic for enabling them?

*Masochistic – The deriving of pleasure, or the tendency to derive pleasure, from being humiliated or mistreated, either by another or by oneself.

Category: Online with The Techie Guy /